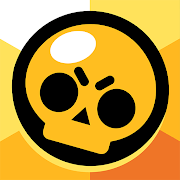 Brawl Stars is a 3v3 action game with rich content and a vigorous atmosphere for players to entertain with friends through many game modes. The game’s graphics are also impressive when it sketches funny and lovely characters and makes the environment around the player chaotic but fun. Its many unique events are also great opportunities for players to get rich rewards or beat someone to a pulp.

Brawl Stars’ game modes are creative and fun as it revolves around 3v3 styles for players to coordinate with teammates. Also, because the size of the fight is small, each match lasts only about two minutes, but enough for players to showcase their amazing abilities in exciting combinations. Some game modes only appear during major events, but their rewards are large and generous for players to develop fully.

Besides the variety of game modes, their influence on the player’s fighting style is large. Some modes even add new mechanics or elaborate items for players to throw at opponents and apply bad effects on them. On the contrary, special characters will have new combat mechanics, making the gameplay change significantly but still keeping the perfect balance despite the complete change in the mechanics.

The variety of characters is fascinating for players to experience all the essence or most exciting elements that the gameplay offers. Each character has unique mechanics or skill systems, so players can become more creative and coordinate with teammates to create the most impressive and effective tactics. Players can also upgrade characters over time and unlock their new skills to diversify their fighting style.

New characters often appear in conjunction with major events, but players can rent or buy them from the shop to unlock them permanently. Besides unlocking them, the skins are also majestic, making their visual effects change significantly, along with many interactions with the environment. Players can also gather the skin fragments through daily activities, events, and challenges for a whole new beautiful skin.

CREATE CLUBS TO ENJOY WITH FRIENDS

Brawl Stars clubs are usually places where people build together with friends or complete their many quests. Creating a club is simple, but players must continuously contribute many benefaction points through the quest system for the entire club to prosper. From time to time, the club will always give players many new incentives and functions to enjoy being immersed in exciting battles with friends.

When players join any club, there is a chance that they will go to war with other clubs and advance together in major tournaments. The rewards from tournaments are always generous based on the progress or achievements of each club and give players outstanding growth or impressive skins. Above all, players can equip unique and glorious titles to show their authority in random or ranked matches.

Battle royales is a unique game mode where players change their fighting style appropriately to become the last survivor. In this mode, the selected characters will have a big change in their weapons, attack methods, and skill systems so that the player’s tactics change constantly. As players level up, they can choose one of three random skills to thicken the character stats or abilities.

BR mode will have no concept of teammates when its scale is small but attractive when players fight alone in stressful environments. Players also have to steal experience points from others or collect special items that speed up the leveling process. Thanks to the skill system and random equipment, players will always have many new experiences compared to the original or traditional game modes.

Brawl Stars will also introduce a feature that allows players to design a separate level and share it with everyone for entertainment. The level design is superior and versatile, with interesting traps or bushes for every player to make the most of their abilities. Moreover, players can impose certain game modes with each level, creating countless levels for everyone to enjoy together in an explosive atmosphere.

Brawl Stars’ development and excitement in each concept or content promise to bring everyone moments of entertainment and refreshment. Most of its modes also allow playing with friends, making it suitable for players to entertain with complex functions such as tournaments, clubs, and events. On top of that, new brawlers will be regularly updated so that the player’s choice of character is wide to diversify their gameplay experience to new extents.

CLUB LEAGUE IS HERE! - Form Clubs of 30 Players! - Compete in Weekly Seasons! - Earn rewards! MORE POWER AND GEARS! - New Power Levels open up Gear Slots - Collect and upgrade Gears for all your Brawlers to give them an edge in the battle! OTHER - Bug Fixes

You are now ready to download Brawl Stars for free. Here are some notes:

Home › Games › Action › Brawl Stars v40.179 APK + MOD (Unlimited Resources)
We use cookies on our website to give you the most relevant experience by remembering your preferences and repeat visits. By clicking “Accept”, you consent to the use of ALL the cookies.
Do not sell my personal information.
Cookie SettingsAccept
Manage consent