Candy Crush Soda Saga MOD APK (Unlimited Moves) is a popular puzzle game from King’s publisher. Candy Crush Saga has been famous for a long time with many advantages and is highly appreciated by the gaming community. From it, King has released many other versions. New versions often have many new levels and some improvements to the gameplay.

King is a very popular publisher with puzzle genre games. Their games often bring very new and exciting features. In addition, their other titles are also very popular and loved by many people such as Blossom Blast Saga, Diamond Diaries Saga, Farm Heroes Saga… Now, let find out some information about Candy Crush Soda Saga.

Candy Crush Saga is a match-3 puzzle game that is rated the best on the phone. If you are a fan of this genre, surely you will know Bejeweled. That game opened a whole new way of playing, then Candy Crush Saga was released and took away its place. Perhaps the color of candies makes people feel sweeter and more interested than diamonds and jewelry.

Candy Crush Soda Saga is an expanded version of the game I mentioned above. The rules are also extremely simple. In fact, don’t need to learn, you still can play it easily. Combining between from three to five candies, you can clear candies as they line up horizontally or vertically. And if you combine 4 or more, you have a special candy with more destructive power. Not only that, but the game also has a Soda feature. When you filled soda bottles with candies, you will feel surprised.

Thousands of levels from easy to difficult

Candy Crush Soda Saga owns thousands of levels from easy to difficult. The first level is for new players to get acquainted with the game. I think it won’t make it difficult for you. However, the difficulty will be increased gradually through each level and have many different requirements.

The level gets harder and harder, so it takes you several times to complete. Not only that, the requirements for each level are different. For example, one level requires you to get enough point. Sometimes, you have to break all the candy boxes locked or collect items that the game requires. The requirements help the game reduce monotony while helping players not get bored.

A game would be very boring without friends playing with. And Candy Crush Soda Saga can help you play games with friends in a simple way. You and your friends only need to link Facebook to the game to be able to play together and compare achievements on the leaderboards. And of course, everyone receives many attractive gifts. You can see your friends’ achievements to see where they have played and compete to see who gets more stars. Competition makes the game more attractive.

Candy Crush Soda Saga owns 3D graphics with many colors. The characters are designed very cute and sweet as candy. The effects of the game are also very cleverly designed. As soon as the candy disappears, they will explode and leave beautiful light rays. You will feel even more beautiful if you break many candies at once, like a fireworks festival. In addition, the interface of the game is also designed very simple, neat with colourful eye-catching decorations.

Unlimited Moves: You always have 150 Moves per game.

Turn off your Internet before open the game.

Candy Crush Soda Saga is really a great game. Anyone can play, whether you are an adult or a child. Not only that, after each update there will be more different events and game modes for you to explore. The game does not require an internet connection, you can play anywhere, anytime. In particular, it is very suitable if you work in an office. Just 5 minutes of free time is enough for you to complete a level! 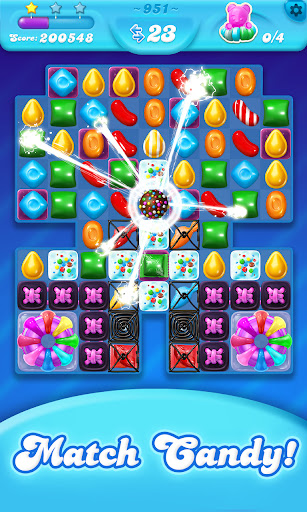 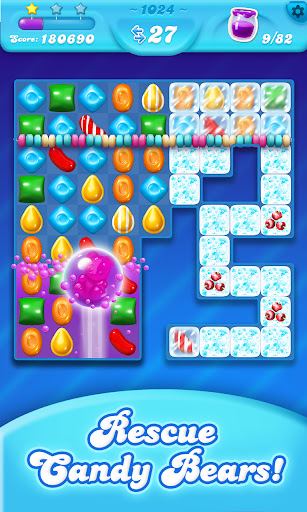 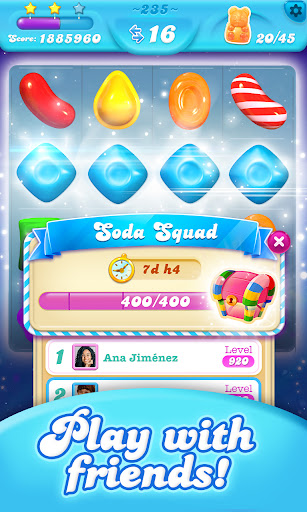 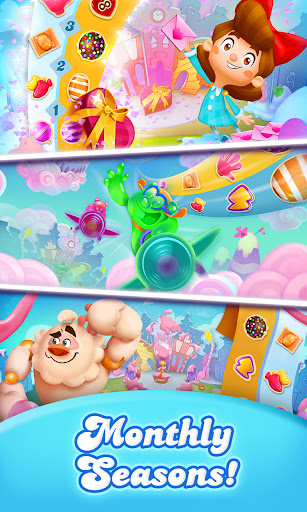 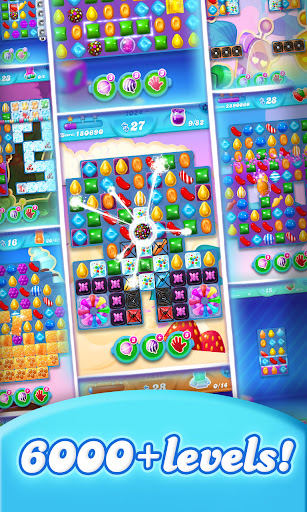 You are now ready to download Candy Crush Soda Saga for free. Here are some notes:

12.10.120· Puzzle
MOD Unlimited Money
Home › Games › Casual › Candy Crush Soda Saga 1.209.7 APK + MOD (Unlimited Moves)
We use cookies on our website to give you the most relevant experience by remembering your preferences and repeat visits. By clicking “Accept”, you consent to the use of ALL the cookies.
Do not sell my personal information.
Cookie SettingsAccept
Manage consent