Fight to annihilate all calamities with miraculous swords and boundless magic!

In the game, you are Dashero, a hero with an iron sword and a series of spells, going into a non-stop war in the World of Disaster with hundreds of monsters. The journey is shown through large scenes like a stadium, and each round will end with an iron gate and a road leading to the next level, where another fierce battle is about to begin.

It must be admitted that Dashero is one of the rare combat adventure RPGs that give you a sense of frenzied attack, to the point that touching the screen becomes a raging pleasure for the player. 99.9% of your job is to run, slash and attack (the remaining 1% is to choose to upgrade skills and spin lucky). You will do these three things continuously with extreme excitement and increasing speed.

Our main character, through the game rounds, will also gather a multitude of new skills and weapons such as Flame Daggers, Chain Attack, Lightning Strike, Thunder Daggers, upgraded skills such as Healing, Attack up, HP up… And when the strength collection increases, you will realize another great point of Dashero. Sword is a melee weapon while magic is a ranged weapon. So, you can combine swords and spells at the same time or even combine other existing skills together to create countless unique moves. This is also the time when the tactical ability of each person is brought into play.

Moreover, Dashero also uses a very familiar hack and slash gameplay, but in a newer way. Specifically, the character’s attacks can bounce back and forth between walls to hit two or three enemies at the same time, causing great damage to the enemy. It will be a great surprise for the player, won’t it?

Some tips for conquering Dashero

In the game, you not only fight monsters but also interact with all surrounding objects. For example, cutting grass and cutting down trees on the roadside will bring you coins. Wooden crates or road obstacles are sometimes hiding places for bullets, and sometimes you can also break them to bring back some bonus points.

The number of enemies is increasingly dense. They move faster and later have the ability to attack with weapons. At this point, you don’t necessarily have to “kill them all!” but just focus on the final goal: find the exit gate to go to the next scene. However, the exception is that in some scenes, you have to kill all the monsters to open the gate. Well, in this case, the only way to finish the level is only to kill them all!

When facing the boss, the trick is that never stop moving. Just go around him and hit, then take advantage to move immediately when he’s a bit of a loophole. Why should you do that? Because most of the bosses in this game also move a lot, and they are equipped with heavy weapons, with high and ranged damage. So, keeping a distance and constantly moving will help us avoid the bullets and find his weak point to quickly destroy.

On the road between the battles, or after defeating the boss, you will see a cute chubby purple animal wearing a hat. Don’t hesitate to catch it immediately, because those are Lucky spins for you to get some gifts which, if not money or bonus points, can be some good weapons or skills.

Dashero uses sharp 3D graphics. The fresh landscapes appear extremely pleasant. The skill effect of the main character is also very great. Every time there is a new skill, a moving color circle will appear around the hero, in which, the color depends on the newly upgraded skill type. And when the skill is released, it will emit a series of extremely attractive lights. This way of creating light and motion effects not only helps viewers to easily observe, locate their characters in the complex scene where there are many enemies around but also gives a huge impression on the moves of the hero.

The visual and sound effects when the weapon hits and kills the enemy are also very cool with purple light burning, scores bouncing and a series of purple smoke rising when enemies are defeated. This scene could make any cool head fuming with excitement.

The enemies are also quite funny, sometimes a banana-shaped monster, sometimes a strawberry with a grumpy face, sometimes an evil green bush. As the game is truly entertaining, everything is super cute and creates a lot of joy and pleasure.

If you like fighting with bows, please try Archero MOD APK.

How to get money for free

You go to Shop, then you can exchange Gems to Gold Coins for free even if you don’t have enough Gems.

This role-playing game includes fierce battles like crazy, fast intensity, beautiful visuals, beautiful skill effects, and super cute monsters. In general, there is no reason not to download Dashero to play right away. 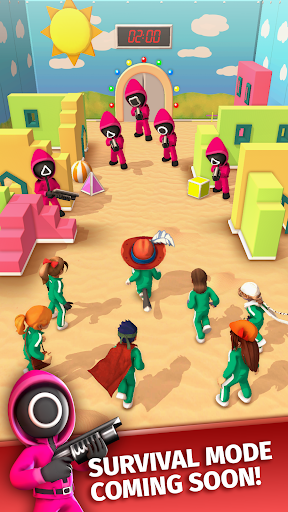 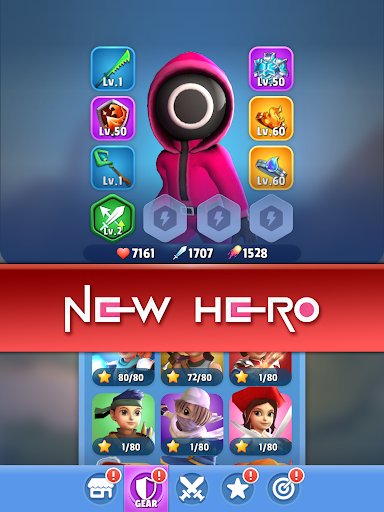 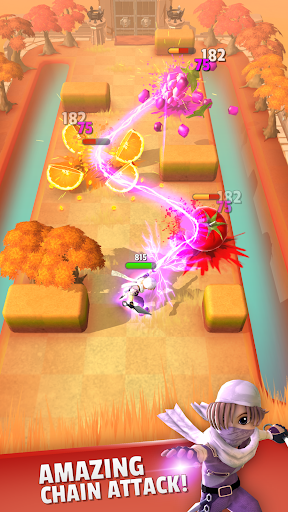 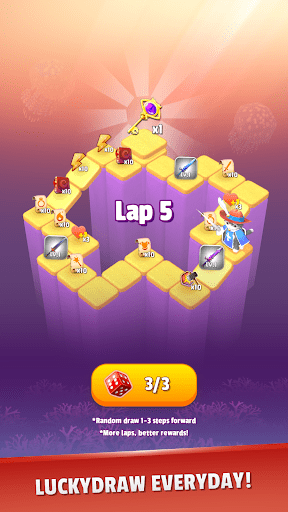 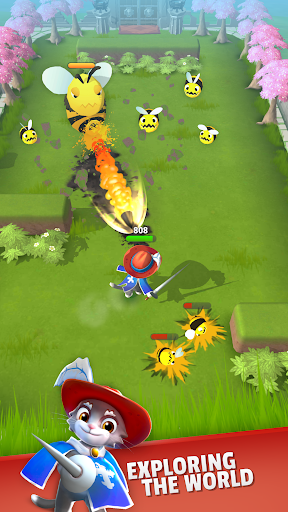 You are now ready to download Dashero: Archer & Sword Master (Offline Arcade 3D) for free. Here are some notes:

1.6.0· Simulation
MOD Unlimited Money
Home › Games › Action › Dashero 0.0.27 APK + MOD (Unlimited Money)
We use cookies on our website to give you the most relevant experience by remembering your preferences and repeat visits. By clicking “Accept”, you consent to the use of ALL the cookies.
Do not sell my personal information.
Cookie SettingsAccept
Manage consent