You're a skillful master in strategy game? Thrive on your wise tactics and fight formidable opponents

Empire Defender TD MOD APK is a strategy game from ZITGA. In the game, you play as a prince who is leading the royal army to the battlefield to prevent the invasion of the enemy that is slowly encroaching on the kingdom.

Empire Defender TD is about a beautiful world called Ioria, which is inhabited by many different races: fairies, humans, dwarves, elves, monsters, and many legendary characters. The game is about the war between the kingdom of Endia and Grando. The leader of Grando with his aggressiveness and arrogance has raised his ambition to be the king of the entire Ioria. And the first place, also the land with the most favorable position in the world that he is aiming for, is Endia.

The game is the battle of Prince Jave, the son of the king of Endia, who will lead his royal army to the battlefield to prevent the invasion of the Grando clan. You, as the prince, have the task of leading, allocating, and issuing the right tactics to bring victory to your army.

What can you do in this attractive strategy game?

Like other mobile games of the same genre, you will one step become a talented tactician who can build and control your army in any direction without any objection. You will have the right to control all heroes and generals in the game, build fortresses to destroy the enemy mass, and win to return peace to the whole kingdom.

Your tasks in the game are so many and continuous that you can’t ignore them from the first seconds. Later on, things become more and more stressful when the number of monsters increases, they are even more enthusiastic, quick-paced, and have more tricks. You need to both play and memorize (or even note on your phone) each species with what strength and weakness to have a suitable response on both defensive and offensive tactics. This will be the time when you understand the importance of the principle of “To know oneself is true progress.”

The light gameplay with rich modes

Empire Defender TD gives you a variety of game modes: War, Events, and Hero Challenges. War mode is my favorite mode. You will have countless levels to play with the CPU with increasing speed and difficulty. There are a total of 9 bosses that appear in turn, making your already very confusing game’s life even more deadlocked. Events mode is a very good mode, but it’s really hard to play because there are hundreds of massive attacks of monsters and the boss moves continuously without requiring resuscitation. Hero Challenges mode allows you to control the heroes, direct them to go through the challenge, and freely experience.

Before each level, we will be given a tiny amount of money to arrange soldiers into the basic fortress. The more enemies you kill, the more money you will earn. At that time, you need to add new soldiers or build one of the four legendary fortresses in the game. Your every move affects the strength of your royal army. So, think carefully!

Empire Defender TD is a bit different from the usual strategic fighting games. Each hero in Empire Defender TD possesses a huge source of power. Your task is to awaken the potential and make full use of each person’s ability to fight quickly.

The game has a total of 10 heroes, each with 1 dynamic skill (attack) and 3 static skills (defense). In each level, you will be able to use up to 3 heroes. Your chance of winning depends on how you arrange them in your army.

The mighty fortress is the ultimate weapon

I have never known on mobile any tactical combat game that builds a detailed and powerful fortress-type system like in Empire Defender TD. Throughout the game, you will have a total of 4 types of fortresses. Each type has its own combat characteristics, shape, and advantages.

The first is Barrack tower, where you train your elite soldiers with high combat power. Barrack towers are ideal for blocking enemy attacks, slowing them down, and cornering them into ambush positions.

The second is Archer tower. This is a tower that specializes in fast attack speed to quickly destroy the enemy and is the best solution to save soldiers for other fortresses in urgent situations. Archer tower has not high damage, but its speed and distance of the attacks are very high.

The third is Magic tower. This fortress is armed with many spells and controlled by the best wizards of the kingdom. So, it has not only extremely high damage but also the ability to summon some Magic Dragons to support the fight and win the war.

The fourth, also the last fortress, is Golem tower. This is the boss of the fortresses in the game. It has outstanding power, high damage controlled by high-class special forces generals. This fortress can throw huge rocks at enemies to create powerful attacks and more. The only weakness of Golem tower is its slow cooldown and slightly slower attack speed.

You have a lot of gold in the battle.

It is such a great strategy game. It has an exciting tempo, complex quests that may evoke a maximum competitive spirit in the players. In this game, there are diverse enemies, impressive final bosses, great heroes from outer appearance to inner strength. Especially, the fortress system has uncounted things to explore and experience on the battlefield. 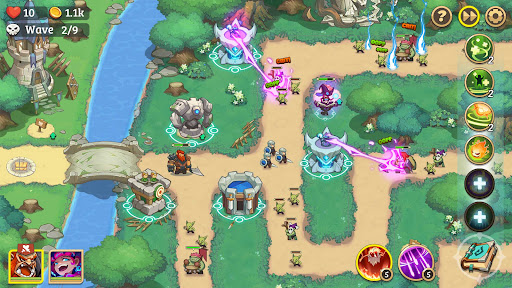 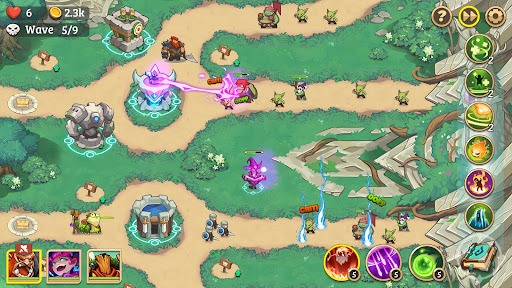 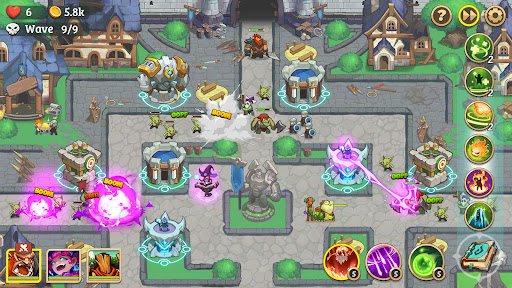 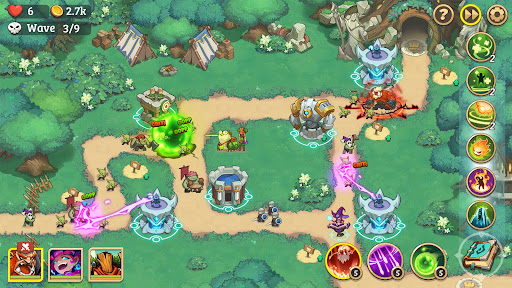 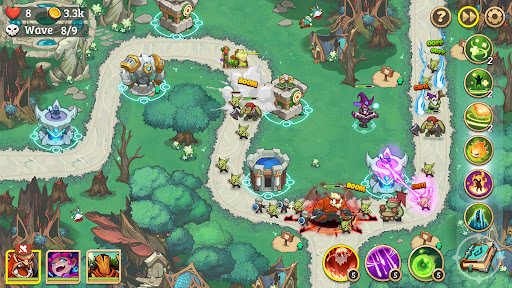 You are now ready to download Empire Defender: Game Offline for free. Here are some notes:

102.17 - Stable· Communication
MOD Ultra Compression
Home › Games › Strategy › Empire Defender TD v2.1.27 MOD APK Unlimited Money
We use cookies on our website to give you the most relevant experience by remembering your preferences and repeat visits. By clicking “Accept”, you consent to the use of ALL the cookies.
Do not sell my personal information.
Cookie SettingsAccept
Manage consent