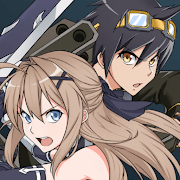 After the success of Epic Conquest, the team of four developers with a passion for RPGs continues to bring in the second part, Epic Conquest 2. This successor version is full of features from the previous game. However, it is also integrated with new features, with more in-depth, more creative content and is worth looking forward to. If you are looking for an RPG game to satisfy your passion, you should not miss Epic Conquest 2.

Join the journey to save the world

Epic Conquest 2 takes place in the dark times of the world. Monsters appear everywhere. They are the cause of the riots, causing everyone to live in anxiety. And as a knight, you have a mission to chase these monsters back to hell, returning peace to the world.

You will start with one of the three characters the game has to offer. At the first time, their abilities aren’t much different, so you don’t need to think twice when making a decision.

Moreover, in this long and dangerous journey, you will also meet new teammates who will help you solve problems, defeat powerful enemies.

In Epic Conquest 2, the character system is carefully designed, bringing the trend of modern RPG games. Each character of different classes will have their own fighting style and skill series. Of course, they weren’t available from the start. You will have to do quests from the NPCs, fight monsters to gain experience and level up. They will be unlocked in the future.

Of course, as the character develops, the game system will also introduce more difficult quests. You will have to face a large amount of monsters in battle, even extremely powerful bosses. The character’s skill system supports him a lot. Includes combat speed, damage and defense. You can arrange the skills into their respective positions in the left corner of the screen.

Skills in Epic Conquest 2 are quite unique and beautiful. When the characters use it, colorful rays of light are generated. Of course, there are explosions, fires, thunder or magic to make the battle even more intense.

Basically, RPG games have upgraded features, aimed at increasing the character’s physical stats and strength. Epic Conquest 2 is not an exception. You can upgrade the equipment for your character to improve combat performance. This is really necessary to help you overcome the challenges of the NPCs.

The main types of equipment include certain types of weapons, armor and other equipment. Each of these features one of the attributes STR, INT, AGI, DEX, and VIT. As a result, you can easily develop and choose your own playing style.

Compared to Epic Conquest, the second version in the series has added more content. You can communicate with NPCs in many regions around the world. Each of them has their own stories to tell. And moreover, Epic Conquest 2 also has many extremely vivid and beautiful cutscenes. If you are an Anime fan, you will be hard to ignore!

In addition, the map system of Epic Conquest 2 has also been expanded. You can adventure through meadows, mountains, forests and villages. Every place has beautiful views for you to enjoy after the war.

Use items to restore mana, health

A character’s weapons and skills are sometimes not enough to fulfil a fight. Furthermore, the amount of mana will limit his fighting power, causing him to wait to recover and continue working on skills. And this is when he needs the healing items, mana, power-up or defense. They are arranged in the center of the screen. You just need to touch to use.

Do not decrease when you use.

Currently, Epic Conquest 2 is being released for an Early-Access version. Gaco Game plans to release this game in the near future when the minor bugs are fixed and the game operates more stably. You can download this game (MOD or original APK) via the links below this article.

You are now ready to download Epic Conquest 2 for free. Here are some notes:

1.40.1.102423· Simulation
MOD Unlimited Money/Level10/Keys
Home › Games › Role Playing › Epic Conquest 2 1.5c APK + MOD (Gold/Rubies)
We use cookies on our website to give you the most relevant experience by remembering your preferences and repeat visits. By clicking “Accept”, you consent to the use of ALL the cookies.
Do not sell my personal information.
Cookie SettingsAccept
Manage consent