performance improved!
Explore this article
Introduce about Harvest.ioGameplay is like a joke, but the deeper you get, the more frustrating you areThe farm is on fire, the victor is the last survivorUpgrade your harvestersGraphics and music are inimalistic but entertaining and coolMOD APK version of Harvest.ioMOD featuresDownload Harvest.io APK & MOD for Android

Harvest.io MOD APK in 3D is a fun and entertaining pure simulation game from the publisher CASUAL AZUR GAMES. You will run around to harvest agricultural products. The goal is to become the fastest farmer in the village and not be “beaten” by someone else on the way to harvest. The game can be played in offline mode against the AI or online to play with many other people around the world.

Gameplay is like a joke, but the deeper you get, the more frustrating you are

At the beginning of the game, you know you are a farmer in a certain village. The harvest season has arrived. You then choose a harvester to harvest. You have many different types of harvesters of all types, colors, shapes and sizes. The game is so generous that it does not even announce the capacity and transport of these harvesters. By default, how much paddy you can transport, no problem. Just remember, don’t crash into someone else’s harvester.

After choosing the harvester, the game will lead you to the farm. Farms are also where the fiery battle will take place between you and up to 3 other harvesters (from AI or other players). Each farm has a simple design, very rustic: ripe agricultural products, surrounded by a wooden fence, outside the fence is a beautiful house or wooden warehouse. This wooden fence mostly only has the effect of limiting the space of the game. If your harvester hits a fence, you are okay, only you will be changed direction due to the collision.

The number of farms in Harvest.io is so many, that is also the reason the publisher has confidently announced that you can play this game for months. I’ve only been playing through 20 farms, so I don’t know. But I think they’ll mix the farm styles and the colors of each field randomly to create such a large number of arenas.

Each farm is planted with a different agricultural product. Of course, it doesn’t affect gameplay. It just gives you more excitement to continue your game experience. In my opinion, this is also a little interesting game.

The farm is on fire, the victor is the last survivor

Next, you know how many harvesters are on the farm. The name along with the harvest score appears clearly on the top corner of the screen. Simple, concise, you just need to look at it to know your position on the chart.

Your task now is to touch the screen, swipe the screen to control your harvester to move. The goal is to harvest as much agricultural produce as possible and absolutely not collide with those guys. This place let me elaborate a bit, because at the same time a lot of things will appear:

The farm owner will statistic your harvest after each round and give you a cumulative score. You can use it to upgrade the harvester. For example, move faster, harvest faster, carry more produce (the “tail” will be shorter) … In general, these upgrades, whether it is useful for you. Actually, if you don’t want to, you still have to upgrade. That is the rule.

Graphics and music are inimalistic but entertaining and cool

I don’t remember saying at the beginning of the article that this game is extremely entertaining and time-killing or not. Because in addition to gameplay such as jokes, easy to play, but also easy to lose as mentioned above, Harvest.io also has a series of interesting noises and sounds. Please note that there is no background music, but only some rustic sound effects such as the sound of the harvesters running, the sound of tools colliding, the sound of trees touching each other in the wind … The game brings leaving you with a sense of relaxation, healthy entertainment without any distraction at all.

The graphics are also quite a fun part of the game. The 3D graphics are so minimal that I thought it is a 2D game. Throughout the game are the tones of bright colors such as bright yellow, green, bringing the atmosphere of a peaceful farm. With that minimalistic sound and graphics, all you have to do is touch, drag, reap and dodge the enemy.

As you can see, Harvest.io has a gameplay quite similar to snake games. The game is very suitable for entertainment, killing time. You can play with AI or with friends. Download Harvest.io MOD APK via the links below to enjoy it now. 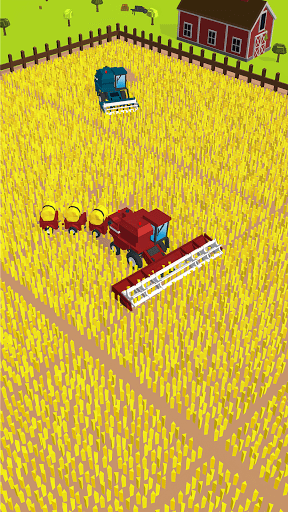 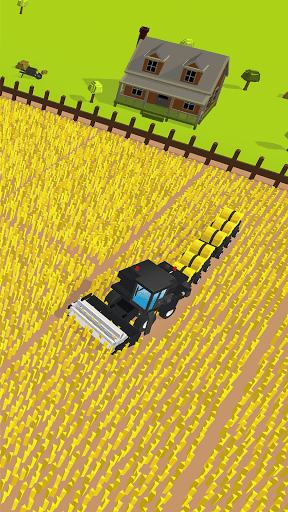 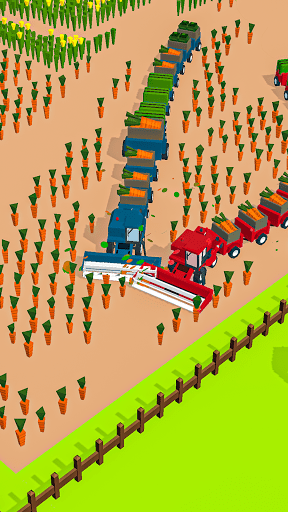 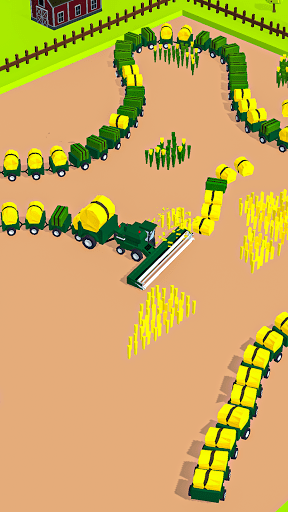 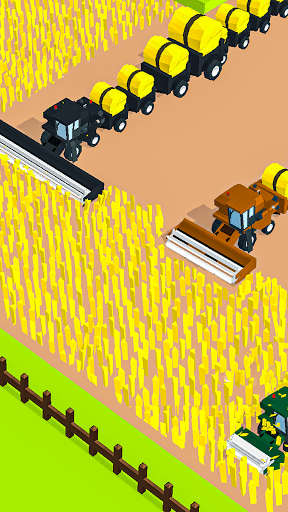 You are now ready to download Harvest.io – 3D Farming Arcade for free. Here are some notes:

1.18.1· Simulation
MOD Unlimited NY Money
Home › Games › Simulation › Harvest.io 1.15.1 APK + MOD (Unlocked, No Ads)
We use cookies on our website to give you the most relevant experience by remembering your preferences and repeat visits. By clicking “Accept”, you consent to the use of ALL the cookies.
Do not sell my personal information.
Cookie SettingsAccept
Manage consent