Control the assassin and hunt down your targets one by one

Hunter Assassin MOD APK (Unlimited Diamond, Unlocked) will take you into a new world, where you become an assassin with superior knife skills.

This is one of the first games developed by the developer Ruby Game Studio. It would not be surprising if you saw this name completely strange, because this company was founded in late 2018 and there are only 4 games on the list. Despite being a new game publisher, Ruby Game’s games are very quality and highly appreciated by players. The proof is that games like Pixel Shot 3D, Gym Flip, Press Inc have achieved millions of downloads with positive feedback. That affirms the success of this publisher as well as promises that Hunter Assassin will be a game worth playing.

Have you ever thought of becoming an ultimate assassin? In there, you are alone and have to destroy the notorious gangster. It is worth mentioning that your enemies use guns while your weapon is just a knife to bring them a sudden and silent death. Nobody would be so imaginative enough to think of a similar scenario in real life. Yes, maybe only in the game will give you a feeling that you have never thought of. And Hunter Assassin will take you into that world. A silent but deadly world.

Also an assassin game, but use the gun: Johnny Trigger

Hunter Assassin is set in a large construction site, where the gang operates. This is a large place with wooden walls and barrels arranged like a maze. Your enemy is very crowded and always has a gun in hand, ready to take down any intruders. As a “lone assassin”, you can only act at night to take advantage of the darkness and hidden corners to defeat enemies. But not only that, the death of the enemy must be done completely in silence if you do not want to be detected and shot. The mission is very difficult, but are you confident with your knife?

In terms of gameplay, Hunter Assassin is an addictive action game, in which, you must use thinking and patience to assassinate enemies. They have a gun and a flashlight. As long as someone gets into the light of the flashlight, the gun will automatically shoot. With a knife in hand, what would you do? Running away or causing fear to the enemy? Why do I say that, because you have to take down the enemy unexpectedly and then escape like the wind. What more is there to fear than a sudden and painful death?

Extremely simple controls will make you love Hunter Assassin right from the first play. But don’t think this game lacks the challenge. The difficulty lies in many diverse levels. And of course, the higher the level, the higher the difficulty increases with the number of enemies and you are easy to be detected. Therefore, useful advice: kill the lone enemies to open the way, and you can take out many enemies at once if they stand in the same place. But be careful, death is like a wind!

It is not exaggerating to say that you will become an invisible assassin in Hunter Assassin. Basically, nothing too difficult at all, just kill without being detected. The key is that you take advantage of the night’s darkness and loopholes of the enemy to finish them off. To win, you must not get shot or lost all LifePoint. Every time you are discovered, you will be deducted a LifePoint, and when it reaches 0, you lose. However, that does not mean you have to keep all LifePoint. In some difficult levels, using LifePoint in a smart way will help you through the level.

Every time you defeat an enemy, you will receive diamonds. This unit helps you pay for many things in the game, including learning skills and unlocking new assassins. To overcome many difficult levels later, new assassins with new skills are essential. Depending on the tactics, you can use a character with high speed, or a character with good stamina. But I think speed is still the most important thing. What kind of assassin do you like? Leave the comment below this article.

The character system is extremely attractive. Not only the impressive appearance, your strength and speed are also greatly improved compared to the original character.

As a simple game, Hunter Assassin does not have too high graphical requirements. The background is always the enemy’s area with many winding corners. It is quite monotonous, sometimes can make players feel boring. The only things that change are probably the characters and enemies. But, joy sometimes comes from the simplest of things.

In the Hunter Assassin MOD APK version, we have Unlocked All Characters and gives you Unlimited Diamonds. Premium characters and VIP features of the game are also unlocked. Enjoy!

Simple games like Hunter Assassin, there’s always the annoying of advertising. It is easy to understand. If you do not want to be disturbed, disable to Wifi because the game does not require the Internet. This little annoyance will certainly not affect the most enjoyable experience you have in this game. Are you ready for the assassin training? 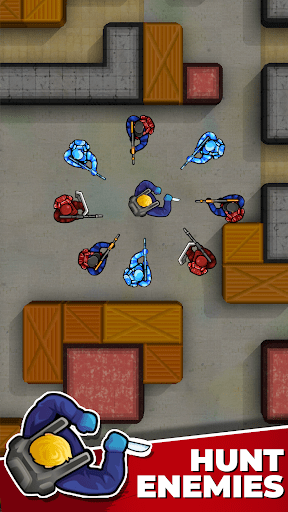 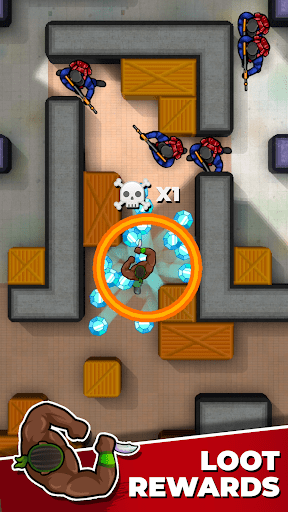 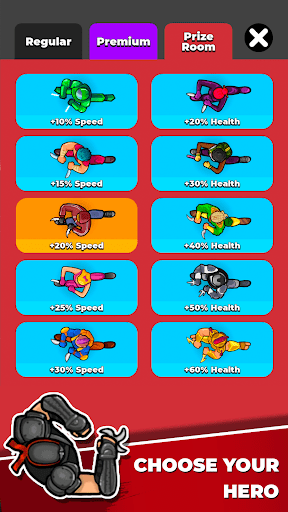 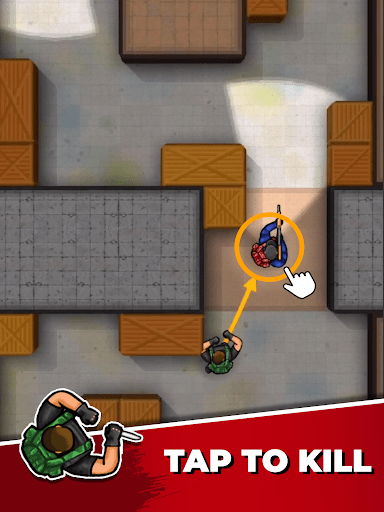 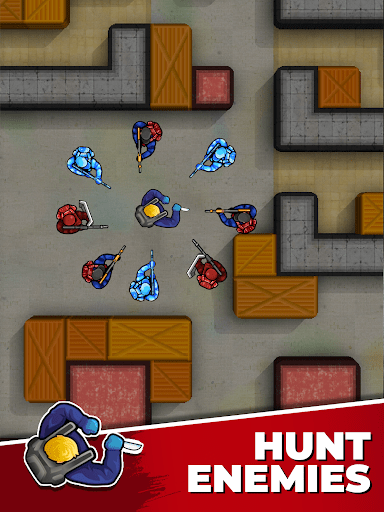 You are now ready to download Hunter Assassin for free. Here are some notes:

Musixmatch - Lyrics For Your Music

1.36.0· Sports
MOD Menu/Always Perfect, Dumb AI
Home › Games › Action › Hunter Assassin 1.52.1 APK + MOD (Unlimited Diamonds, Unlocked All)
We use cookies on our website to give you the most relevant experience by remembering your preferences and repeat visits. By clicking “Accept”, you consent to the use of ALL the cookies.
Do not sell my personal information.
Cookie SettingsAccept
Manage consent