The Jolly Roger is waving over your ship, Captain! An adventure RPG that won the hearts of over 300 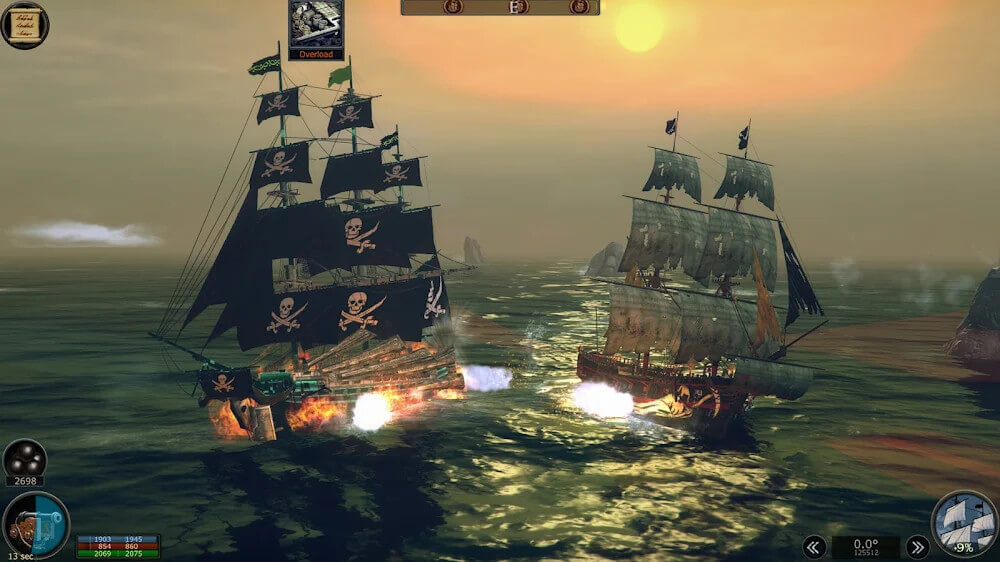 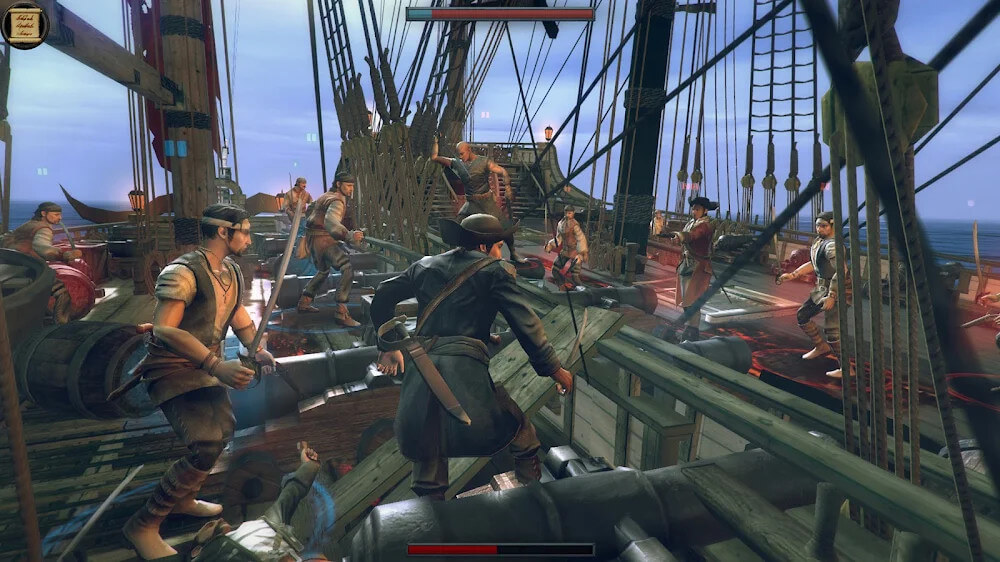 FIGHT WITH OTHER SHIPS

Tempest: Pirate Action RPG is a game where players have journeys on vast but equally dangerous oceans. You will be able to get different jobs and start your journey to can develop a crew. At the same time, everyone can participate in naval battles where skill and judgment will determine the odds of victory. So you won’t be able to take your eyes off this impressive journey.

The story begins in Tempest in a naval battle where you are piloting your ship and trying to take down the enemy ship. You will constantly move and maintain a distance from the enemy to facilitate shooting cannon. But a surprise appears that an enemy of the sea Kraken appears intending to dominate your ship. After receiving a few cannon shots, the monster is wounded, and your boat is freed to continue its journey.

Players will be entering a wonderful, vast, and utterly mysterious world that they will spend time exploring. You will have a certain number of crew members and begin your journey through the seven oceans. At the same time, each trip requires a thorough preparation of the weapon where the player will spend time buying. You can also change your perspective entirely easily and from third person to first person, where you will see the sea from the deck.

You will be able to go to a seaport of Tempest and begin the process of preparing your essentials. You’ll be able to recruit new crew members that can be assigned a mission on deck, sails, or even cannons. At the same time, if your ship has run out of space, you should wait for later waves or upgrade your boat to become stronger and more extensive. But surely this will take a long time.

Another essential point that you should not ignore is that you will need to take care of your weapons and prepare the necessary amount of ammo. Along the way, you will encounter many different types of enemies, from humans to sea monsters, so weapons will always need to be ready. At the same time, you also need to adjust the number of your sailors in essential positions to increase the ship’s speed, fight enemies or reload the cannons you use.

FIGHT WITH OTHER SHIPS

Once you’ve selected a job in Tempest to begin your journey, you’ll be able to see your ship move across the map. A few seconds later, the ship will be entirely under your control and begin your exploration and combat. You will be able to find your enemies and see the weapon’s path on either side of the boat in extended blue areas. From there, you’ll need to steer the ship so that the enemy stays in this area.

You will need to keep the enemy in the aiming area for a while, as that is when you can fire the cannons. You click on the weapon’s bullet, but it will not be fired immediately but will need to wait a while to fire. So, if you do these things correctly, you will gradually see the enemy boats burning up more and more. If it is not destroyed, you can approach the ship, and the crews of both sides will attack each other.

You are now ready to download Pirates Flag: Caribbean Action RPG for free. Here are some notes:

1.1.1· Action
MOD Menu/Damage, God Mode
Home › Games › Role Playing › Pirates Flag v1.6.6 APK + MOD (Unlimited Money)
We use cookies on our website to give you the most relevant experience by remembering your preferences and repeat visits. By clicking “Accept”, you consent to the use of ALL the cookies.
Do not sell my personal information.
Cookie SettingsAccept
Manage consent