Introduce about Ronin: The Last Samurai

Samurai are legends from Japan. They lived in ancient times, and are known to be extremely dangerous samurai. Ronin: The Last Samurai recreates the glorious era of the Samurai when the guns are not too powerful. The fierce battles, hatred and the journey of revenge of a loyal samurai.

Journey of revenge for your warlords

In Ronin: The Last Samurai, you will play the role of a loyal Samurai who takes revenge for his warlord who was murdered. Samurai swore an oath that he would find out who was behind this and make him pay for what he did. At the same time, he will use his sword to slash all the bad guys and those who stand in his way.

The revenge journey is long and arduous. You will pass through dense forests, high mountains, rural areas engulfed in war. Each place has dangerous enemies that you need to defeat in order to continue moving forward.

The script in Ronin: The Last Samurai is quite loose. The game does not have much text, mostly just provocative lines of enemies and gameplay instructions. However, the levels are closely related. The enemy gradually becomes stronger, including soldiers, generals and the top butchers of a Japanese empire.

As your enemy’s strength is steadily increasing, you must also develop the Samurai’s abilities by teaching him new skills.

In fact, abilities cannot be actively learned. As you pass some special levels, the character will level up and the system gives you some new skills you can learn. Examples are Samurai’s Will, Fluid Motion or Scroll of Resurrection. Depending on each skill, the character will receive new add-ons, which will help him become stronger. Do you want a Samurai to increase the healing time, increase damage or increase defense? It’s all up to your choice!

Besides, Samurai can also learn passive skills. You can test these skills and the conditions for them to be learned through the “abilities” tab on the homepage.

In addition, Samurai can also equip equipment such as armor and weapons. Each different weapon will bring special attribute points and skills to the character. Of course, you can upgrade them to increase performance.

Despite the ability to be good enough, sometimes you are still defeated if you don’t know how to set up a good strategy.

Usually, the battles in Ronin: The Last Samurai are a fight with 4, 6 or even more enemies. They are equipped with swords, bows or possibly guns. Thanks to the properties of long-range weapons, you can be attacked by multiple attackers at the same time, and that is the signal of failure. Prioritize battle with enemies with guns or bows, and then handle the enemies using melee weapons. You can minimize damage to your character!

Besides the Samurai forces and the guards, you also have to deal with butchers, also known as bosses. They are very strong and cautious in battle. Therefore, you need to be more careful and react promptly to their attacks. Ronin: The Last Samurai provides defensive skills in the left corner of the screen so you need to press the corresponding virtual key to block the critical slash.

Ronin: The Last Samurai has a lot of butchers. They will gradually turn up as you get closer to the Lord who is responsible for the death of your lord. So, try to develop your character, learn new skills and equip the most powerful weapons to defeat those in the way!

You use MENU MOD to enable/disable the MOD features. Use the MENU MOD only after completing the tutorial.

Ronin: The Last Samurai is a classic style role-playing game. It depicts ancient Japanese society with beautiful hand-drawn lines. This game has featuring impressive lighting effects instead of gore scenes. Play Ronin: The Last Samurai in your spare time, play as the legendary Samurai and take revenge on the villains who took his lord’s life. 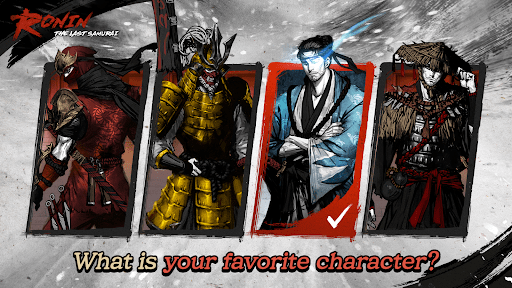 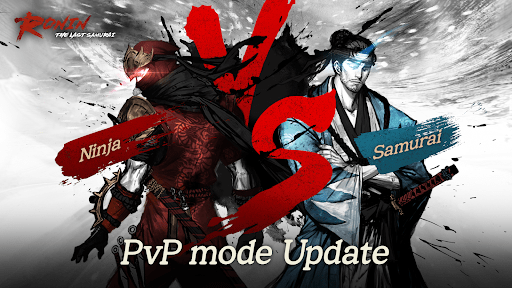 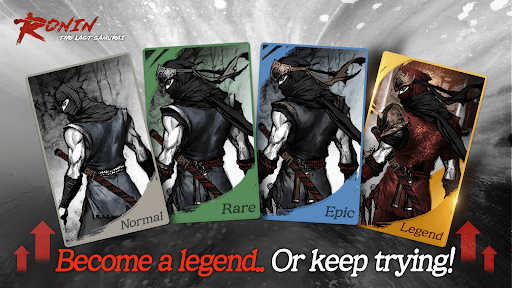 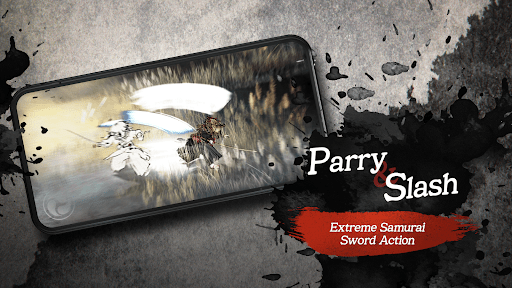 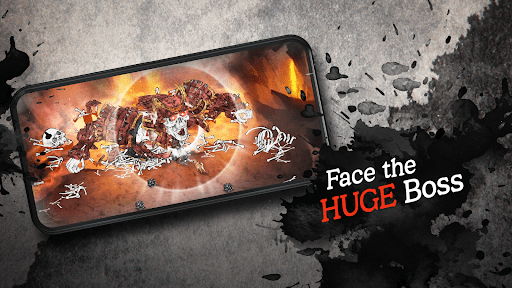 You are now ready to download Ronin: The Last Samurai for free. Here are some notes:

1.8.11· Action
MOD Ammo/Mega Menu
Home › Games › Action › Ronin: The Last Samurai 1.20.430 APK + MOD (MENU)
We use cookies on our website to give you the most relevant experience by remembering your preferences and repeat visits. By clicking “Accept”, you consent to the use of ALL the cookies.
Do not sell my personal information.
Cookie SettingsAccept
Manage consent