Have you ever wanted to build your own racing car? Now here is your chance to customize your car and take it out on the track for some drifting!Features:• Body Parts! spoilers,exhausts,fenders, wheels

Russian Car Drift MOD APK (published by Carlovers Games) is a game not for the masses because it delves into the art of car drift. Are you a fan of this sport?

Drifting a car is truly an art!

What is Drift? Why are car drift games like Russian Car Drift attractive to players?

Drift is a driving technique in which the driver intentionally steers the car overly while still being able to steer the car in the desired direction at high speed even though causing the rear-wheel slip. A car is considered to be drifting when before turning to a corner, the slip angle at the rear is bigger than the front and the front wheel rotates in the opposite direction from the corner. For example, the car turns left while the front wheel is in the position for turning right.

In general, Drift is an art that sometimes even a long experienced driver cannot do. Because the art of Drift itself has such appeal and high challenge, it is not uncommon for a few Car Drift-specific games to appear. The game that is being evaluated quite highly today in this genre is Russian Car Drift, which I want to introduce to you now.

In Russian Car Drift, everything happens in the true sense of artistic racing. You do not need to overcome any other drivers, nor do you have to overcome obstacles like other driving games. Your task now is to drift your car in the most skillful and correct way.

In the game, you will be given 15,000 USD and can choose the car according to your preferences. Initially, it will be just Auro models of different generations with many color tones. Each car model is shown in 360 degrees, you can rotate it back and forth to see as you like. Rest assured that they are all great cars.

The game has two game modes, Single Run and Multiplayer. Playgrounds include Garages, Docks, Winter Garages, Japan, Classic Drift, Long Drift. Feel free to try your hand at each type of terrain. Each of them has its own difficulty level. Outsiders who are not fond of drift will always see they look the same, but anyone who has ever drifted or is passionate about this art will clearly see the upgrade of the levels through the playing scenes.

Like some other Drift-specialized games, Russian Car Drift also has another complicated gameplay mechanism because it simulates a car control technique that is always so difficult in real life. But once you understand the mechanism and get used to it, you will find the car under your control becomes strangely docile.

Drifters are known as masters of making themselves difficult. The physics and logic mechanism of the car’s movement in Russian Car Drift will make you realize that what you are doing is extremely interesting. They require a super high concentration. Sometimes you even need to enter Training mode to practice many times before entering the official race.

Above the phone’s screen are the map, velocity, and score. You are free to drift the car on the road, feel free to perform the most beautiful and difficult drift phases. All your intentional movements are recorded and scored by the system in the Score section in the upper left corner of the screen.

To make your car stronger, more beautiful, and easier to drift. You will need to upgrade everything from features to vehicle appearance through the number of points you have accumulated. This point can be converted into money to buy, exchange, and upgrade cars. These upgrades will be Spare parts, Exhaust pipes, fenders, wheels… With them, your car will not only look better but also can drift more easily and more accurately than the original.

And you can also consider upgrading other important stats (like vehicle’s Suspension system Tuning, Performance Upgrades, Weight Upgrades…) to make the car Drift phases greater. These stats may not have been taken too seriously at first. But from time to time, you will realize that some little changes will make a significant change, helping your Drift skills improve significantly. If you have not tried it, try investing in upgrading these stats once, you will be surprised with the results immediately.

With this series of specific and technical requirements, Russian Car Drift is of course not a game for everyone. Even if you love driving, you may not be able to conquer this. But once you’ve learned enough about it, really love it, and want to immerse yourself in these artistic challenges, I’m sure Russian Car Drift is the one you MUST try!

Vehicle images in Russian Car Drift are shown quite well, especially the 360-degree-designed cars at the beginning of the game, creating a very good classic impression. Although cars in Russian Car Drift may not be popular sports cars or sleek and graceful car brands, they are unique. Looking at them, you know they are used for sublime things, not ordinary racing.

The gameplay scenes are nothing too exciting. It is still well cared for, but because the game is mainly to flaunt the player’s drift ability, there is clearly not too much investment in the surrounding scenery.

But in return, the sound effects and physics simulations are over the top. The rattle of wheels and smoke behind the car, a big feature of classic Drift scenes, is well designed, making you goosebumps. It is also a factor that stimulates the creativity and “playability” of Drift car fans.

Russian Car Drift is not easy to play. But anyone who has a passion for it will soon get addicted to it once playing. It is not only a game but also the ultimate car control art. If you have the same passion, download the game here and play it right away. 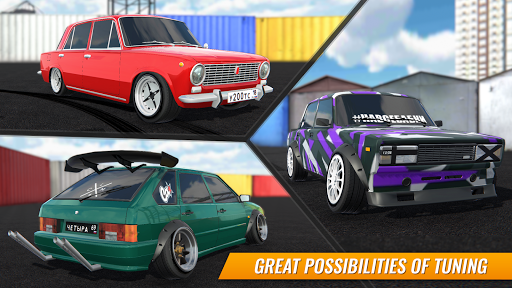 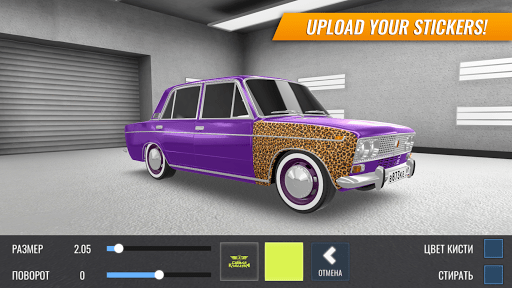 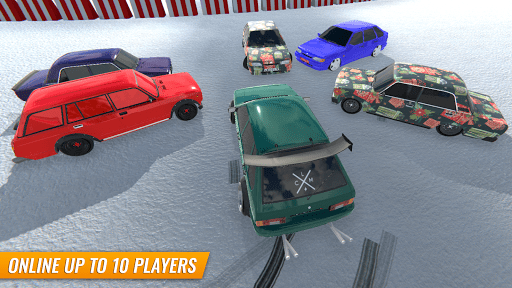 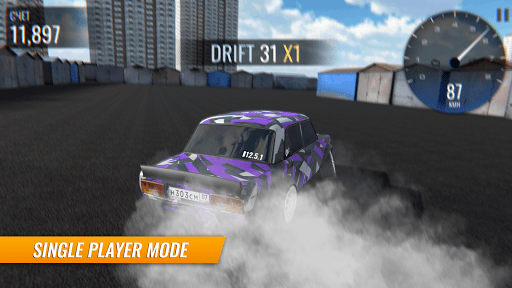 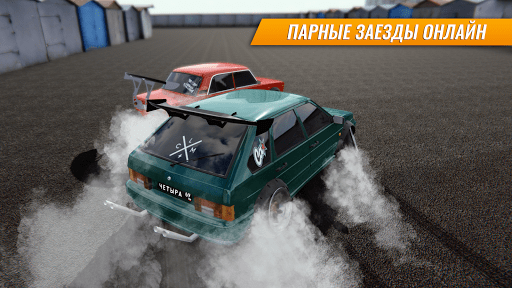 You are now ready to download Russian Car Drift for free. Here are some notes:

8.1· Racing
MOD Unlimited Money
Home › Games › Racing › Russian Car Drift 1.9.6 b93 APK + MOD (Unlimited Money)
We use cookies on our website to give you the most relevant experience by remembering your preferences and repeat visits. By clicking “Accept”, you consent to the use of ALL the cookies.
Do not sell my personal information.
Cookie SettingsAccept
Manage consent