Do you want to join the fight with the dark, bring light back to the Aurora kingdom? Shadow of Death 2 MOD APK (Unlimited Money) is a sequel to the Shadow of Death series, the role-playing game series of the publisher Bravestar Games.

About Shadow of Death 2

This fast-paced hack-n-slash game is quite similar to Shadow Fight 3. You control a warrior in the dark, fight and kill all enemies. If you love 2D role-playing games with lots of new things, this is the game you can try.

The story follows the first part

The plot is one of the prominent elements of this series. It is thoroughly invested. With a long and detailed storyline, the game gives players inspiration and encourages people to continue to discover more stories about the character and his kingdom.

In terms of content, Shadow of Death 2 has a plot that follows its predecessor. From the first part, the Aurora kingdom has completely collapsed. Darkness is everywhere, it brings about crimes and monsters. The king just cares about the power, no longer concerned about the destiny and life of the people. The hope of this kingdom is disappearing…

You will play as Maximus – a knight of the Aurora kingdom. He wakes up with an empty memory. His memory was erased, Max couldn’t remember who he was, why he was here. He was taken care of by a girl, but later this girl was kidnapped by monsters. Max now wanders with his sword, fighting monsters to find the girl he loves. Warriors! You are the only hope of Aurora. Join Max to fight the monsters, defeat the darkness and bring light back to this kingdom!

About gameplay, Shadow of Death 2 has the gameplay combining adventure and action on the horizontal screen of mobile devices. With the sword and skills of an excellent warrior, you will join the fight with monsters from the darkness. After killing all monsters in a stage, the final boss will appear. They have the ability to kill you with just one attack, so you need to learn how to dodge enemy attacks and use the sword to destroy them.

Like the first part, the game has two main modes, Adventure and Challenge. Adventure mode is divided into chapters, each chapter consisting of stages with increasing difficulty. After completing a stage, your character is level up, helping you to increase strength, energy and stamina. If you’re lucky, you can get some equipment such as helmets, armor, weapons, …

Currently, Adventure mode includes two maps The Great Swamp and The Black Sea. Pay attention to the birds (appeared in stage 2 of The Great Swamp). They are small but can kill you by constantly rushing at the warriors. When I started playing, I had a lot of difficulties hitting these birds. They fly pretty fast. You can know when they go down by observing their colors. They will turn red when preparing an attack. In my opinion, you should jump up when they come down, and swing your sword and slash them correctly.

Challenge mode has not yet been released. Stay tuned for exciting new features to be updated in the near future.

Shadow of Death 2 has a console similar to other role-playing games on mobile. The virtual joystick on the left of the screen helps you move the main character. The skill keys, jump, attack on the right. By combining keys at the same time, you can create stunning combos with massive damage.

Shadow of Death 2 provides players with an advanced weapon system and equipment. Weapons are unlocked by getting in battle or buying from the store. You can equip Max with legendary swords, the armor of the strongest warriors. Weapons are divided into several categories, Common, Rare, Epic and Legend. Not only has outstanding power, but the Legendary swords also have a beautiful effect. The red color of the sword stands out against the black background, resembling the blood of an enemy.

Currently, Shadow of Death 2 has only one character. You can customize this character by changing his outfit and accessories.

The background color of Shadow of Death 2 is black, combined with the 2D horizontal screen, which makes you feel like you are watching the shadows of the characters. If you’ve ever played some games like Shadow Fight 3, Stickman Legends, you’re familiar with this color and view.

Although only 2D graphics, but the images and effects of the game are very realistic. Smooth motion bring the best experience for you in the battle.

Overall, Shadow of Death 2 has enough appeal to immerse you in it. There are a lot of great things about this game. Fast-paced hack-n-slash gameplay, bloody battles, intensive weapons system. The game does not require an internet connection, so you can play it anywhere.

Currently, Shadow of Death 2 is an early access version, so the game still has some small bugs. These errors will soon be fixed by the publisher in upcoming updates, helping you have a better experience. Download APK or MOD APK file via the links below. 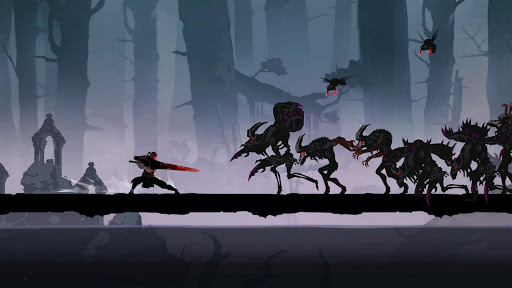 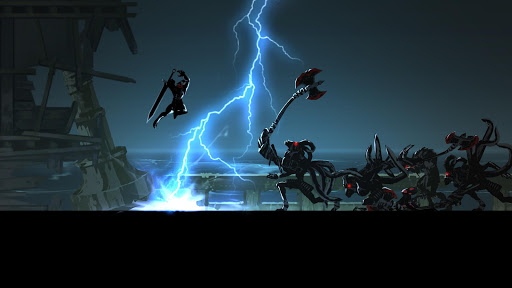 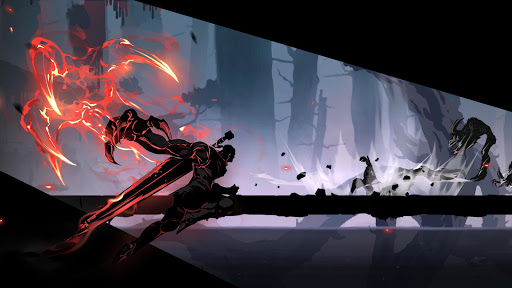 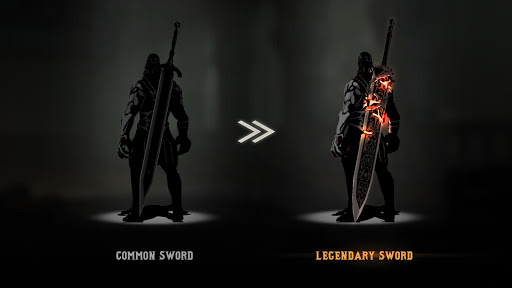 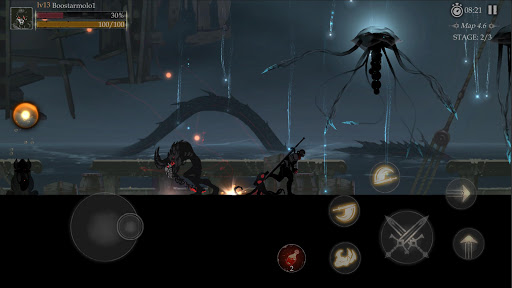 You are now ready to download Shadow of Death 2: Demon Soul for free. Here are some notes:

1.84.70· Action
MOD Unlocked All Content
Home › Games › Action › Shadow of Death 2 v1.86.0.1 Mod Apk Unlimited Money
We use cookies on our website to give you the most relevant experience by remembering your preferences and repeat visits. By clicking “Accept”, you consent to the use of ALL the cookies.
Do not sell my personal information.
Cookie SettingsAccept
Manage consent