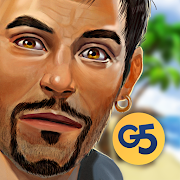 Explore this article
StoryCan you survive long enough to discover the island’s secrets?Conclusion
Rate this post

Surely, we all know the story of the famous Robinson Crusoe on the uninhabited island, right? He is a lover of exploit and adventure. He was passionate about going to strange lands but not afraid of dangers and hardships. Then, that fateful day came, his ship met the storm at sea. He was lost in a deserted island and lived there for 11 years. If you get lost on such an uninhabited island, can you survive until the rescue team finds you? Survivors: The Quest will give you that experience right on your mobile. Try your survival instincts!

Survivors: The Quest tells of the fateful encounter of three lost friends on the deserted island. During a business trip, the passenger plane encountered a major storm. This storm suddenly landed to make the weather department unable to notify pilots and managers in time. And then, the lightning struck a wing of the plane, causing the plane to crash, and landed on a deserted island. Most passengers were missing or killed, only three people lived. What will they do to live in a wilderness, full of dangers and lack of food?

Can you survive long enough to discover the island’s secrets?

As soon as you join the game, you will witness how the entire horrific accident happened. After that, when the plane has crashed to the ground, you will begin the journey on this deserted island. In the beginning, the system will guide you in ways you can survive in this strange place. Soon after, you will discover that in addition to facing difficulties, there are many other strange things here: ghosts and signs that someone has lived in here.

That sign is a tablet computer, clothes, and some items used in scientific research. At that moment, a big question was asked: where did those people go? However, to answer this question, first, you need to find a way to survive for yourself first. Each of your characters has 4 indicators to maintain life: Stamina, Hunger, Comfort, and Fun. You must always maintain these 4 indicators at a safe level (green). And when they turn red, you need to replenish immediately, before the character is in a dangerous state, can die at any time …

Next, you will, in turn, explore the mystery above — this island. You need to look for traces that appear around the island, then link them together to find out the answer the game poses. Occasionally, you will feel Survivors: The Quest is more like a puzzle game than an adventure, because of the events, the objects here are somehow related to each other, making this mysterious problem flooded with attractiveness. Later, new features were opened, while unlocking more objects, and other food sources, and allowing you to go deeper into the story, to help you somewhat understand what’s happening around me

Survivors: The Quest outlined successful life outside the island, allowing you to participate in the journey to explore the mysteries buried here. The game has many attractive features that will make you attracted to the story quickly. Download this game and start traveling right away.

We have made some minor improvements. Continue your island adventure with the favorite game Survivors: the Quest®! Join the G5 email list and be the first to know about sales, news and game releases! www.g5e.com/e-mail

You are now ready to download Survivors: Match 3・Lost Island for free. Here are some notes:

Home › Games › Adventure › Survivors: Match 3・Lost Island
We use cookies on our website to give you the most relevant experience by remembering your preferences and repeat visits. By clicking “Accept”, you consent to the use of ALL the cookies.
Do not sell my personal information.
Cookie SettingsAccept
Manage consent