ZOMBIES!!The world after the zombie apocalypse is a grim place

New huge content update is now released! Changes: * New collecting quests open when the main storyline is completed. Your task is to collect miniatures in open locations and create a collection in cities, granting you a reward in the form of a statue. * New Lucky Booster Wheel * Sell scraps with bonus * New encounter quests * New weapon - Thor’s Hammer * Rewards at the end of missions * Story quests progress bars * Game balancing * Fixed a lot of bugs
Explore this article
Introduce about The Walking Zombie 2PlotGameplayItemsMOD APK version of The Walking Zombie 2MOD featureDownload The Walking Zombie 2 MOD APK for Android

The MOD APK version (Unlimited Money) of The Walking Zombie 2 is ready for download. You can install the game to buy the best guns and equipment, prepare for the fight against zombies.

Introduce about The Walking Zombie 2

The Walking Zombie 2 is the second part of The Walking Zombie series, owned by Alda Games. The game is built on a new context, revolving around a creature that is a lucky baby who survives in a post-apocalyptic world. This is not new anymore, but the journeys you are about to go through in the game are really interesting!

The Walking Zombie 2 is set in the post-apocalyptic world, 21 years after the zombie epidemic broke out. You are one of the lucky ones who survived the devastation of death. However, you have to face a harsh environment and full of dangers.

Government organizations are trying to find a cure for the zombies. They are having a hard time doing their research, you need to hold on to wait for the miracle to happen.

Join The Walking Zombie 2, you will face a series of challenges fighting zombies and mutant monsters. The goal you need to achieve is to defeat all dangers at one level, to unlock it and proceed to the next level. Until the final boss is defeated and the research organization proposes a biological remedy, neutralizes people infected with the zombie virus, you will complete the game.

Although The Walking Zombie 2 is a first-person shooter action game, the game develops its content towards survival and role-playing. That means you will meet NPCs and accept their quests. You can interact with NPCs, help and transact with them.

Overall, this game is quite interesting. You will go through each area on the overview map provided by the system. Travel in an open environment filled with terrain elements such as trees, buildings and obstacles. Zombies will appear around there and you need to try to defeat them, to protect others or to accomplish the goals given by the NPCs.

As for the controls, your screen will be divided into two parts: the left part is the button to move, the right part is the button to shoot. You touch the parts of the screen to perform the corresponding action. You do not need to pull the trigger, the character will automatically shoot when the crosshair is directed at objects that you can attack.

The Walking Zombie 2 designed a very detailed character equipment system. As can be seen, the character has an outfit, healing items, and a weapon system.

In terms of clothing, you can find hats, shoes, and clothes in the store. They do not enhance the character’s combat abilities, but give him a cooler appearance.

Regarding the weapon system, there are three categories the main weapon, secondary weapon and bomb. We care mostly about primary weapons because the character will use it most of the time. There are many types that you can refer to, from rifles, machine guns and RPG heavy guns. Although not available initially, you can unlock them in the future.

The main weapon can be upgraded with 6 stats, including Damage, “, Magazine Size, Reload Time, Critical Damage and Spread. And this is also what you need to care about because the difficulty of The Walking Zombie 2 is constantly increasing, even the appearance of giant boss monsters.

In addition, you can also purchase skins and accessories such as cartridges or scopes. They are located in the correspondingly named tabs in the upgrade section.

Unlimited Money: There are two main currencies in The Walking Zombie 2, including gold and silver. We have edited the original game file, giving you a lot of money.

The Walking Zombie 2 contributed to the success of publisher Alda Games. It receives positive reviews and is played by millions every day. The creators of the game are always trying to develop and update more features for The Walking Zombie 2, in the hope that players have a better experience. And now, please try your best as you fight and survive in a post-apocalyptic world. 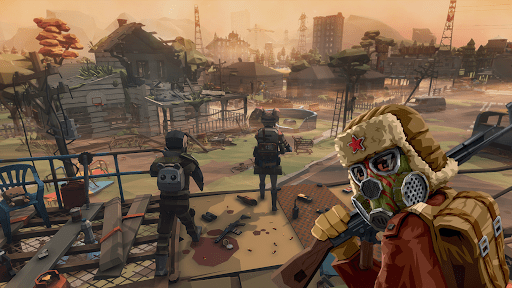 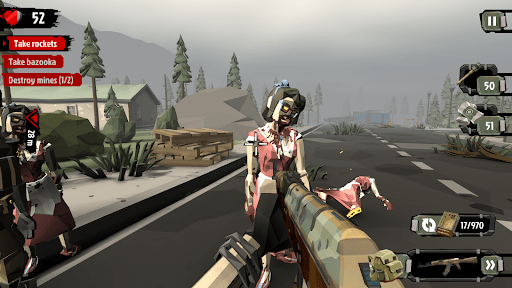 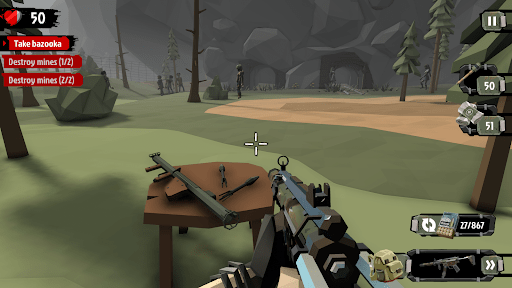 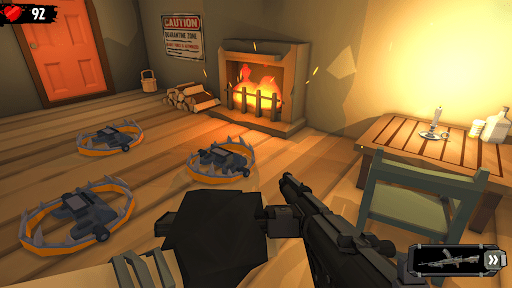 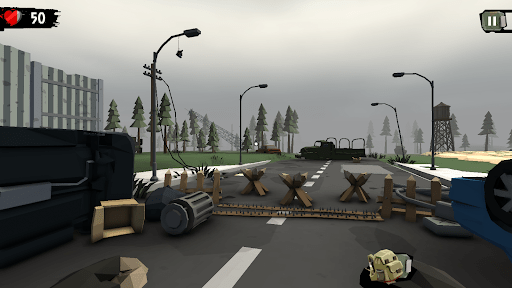 You are now ready to download The Walking Zombie 2: Zombie shooter for free. Here are some notes:

18.7.3051· Puzzle
MOD Unlimited Energy
Home › Games › Action › The Walking Zombie 2 3.6.15 Mod Apk Unlimited Money
We use cookies on our website to give you the most relevant experience by remembering your preferences and repeat visits. By clicking “Accept”, you consent to the use of ALL the cookies.
Do not sell my personal information.
Cookie SettingsAccept
Manage consent