Dive into the world of wild wolves and live your life as one of them! The wolf RPG on mobile is finally here

In Game of Thrones, Wolf is the symbolism of house Stark – a strong, united, loyal family, always helping and protecting those around them. Ned Stark once said: “When the snows fall and the white winds blow, the lone wolf dies but the pack survives“. For a long time, wolves have always been worshiped in culture or religion. This animal symbolizes both good and bad sides, for strength, perseverance, solidarity, and success.

After reading the novel “The call of the Wild” written by Jack London, I wondered what it would be like to be a wolf’s life? I imagine it is a free, wildlife. We can do whatever we want without worrying about work or daily life. Luckily, The Wolf helped me answer those questions in a great way.

What is The Wolf?

The Wolf is a multi-player role-playing game released by Swift Apps. Unlike other role-playing games that I have introduced, the character you control is not a warrior or a witch but a wolf. Find food, water, hunt other animals or even fight other wolves when they invade your territory. In this game, you will experience the life of a wild wolf right on your phone.

This game has no plot. All your mission is to control the wolf and find ways to survive in the steppe. In fact, wolves often follow the pack, but this game you are completely alone. You are a wolf with all your instincts and bloodlust. Immerse yourself in nature, feel the power with fast legs and sharp fangs.

There are many other animals in the forest for your hunting trip. They can be rabbits, sheep, deer, … Buffalo floods are also good prey, but you should follow the flock to hunt them if you don’t want to be killed. Be careful because you can meet animals standing above on wolves in food chains like tigers, lions.

You can customize the stats of wolves including Health, Attack, Defense and Speed. After hunting and killing an animal, you will level up and able to upgrade your stats. Wolf’s attributes and skills are divided into three categories including Basic (normal attack, health regen, etc), Aura (crit damage, regen after death), and Special (frost spike, poisonous skin, etc ). Besides, there are also many types of wolves to choose from such as Gray Wolf, Dhole Wolf or even the legendary Black Wolf. Hunt, fight and become a true Alpha wolf of the steppe.

With high-quality 3D graphics, The Wolf gives you a great visual experience. The wolf’s behavior, appearance, movement, and hunting style are genuinely simulated to every detail. Besides, the world is open with many beautiful scenes of the steppe, old forest. In the Christmas version, all the wolves in the game wear a Santa Claus hat. That so cute!

MOD APK version of The Wolf

Unlimited Money: You can upgrade your wolf even when you don’t have money.

With a boy who loves nature theme games like me, The Wolf is a great game so I can explore the wild world under the view of a wolf. This game is free for both iOS and Android operating systems, you can download it via the links below. 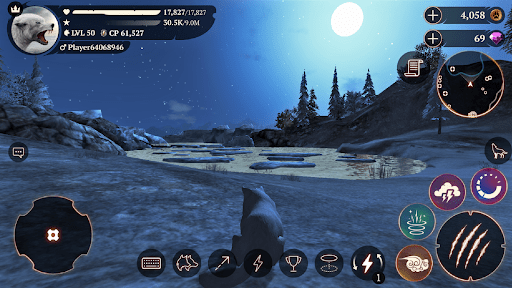 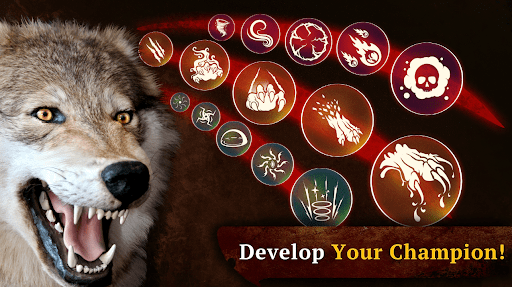 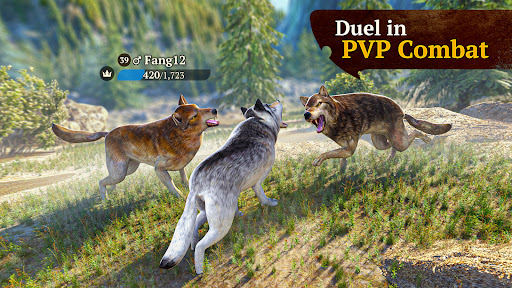 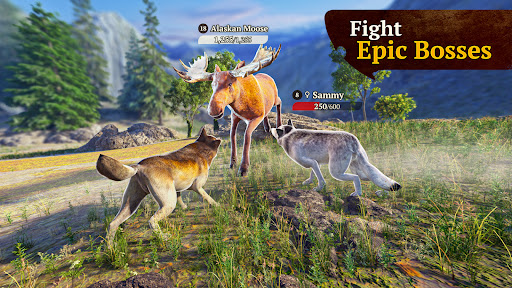 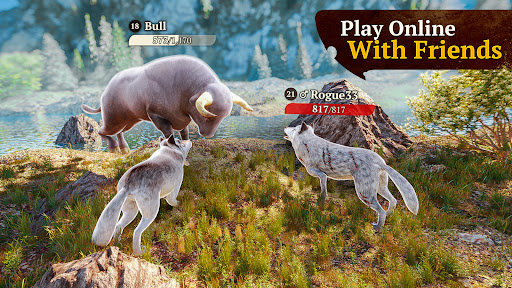 You are now ready to download The Wolf for free. Here are some notes:

The Simpsons™: Tapped Out

4.3.1· Role Playing
MOD Unlimited Money
Home › Games › Role Playing › The Wolf 2.4.0 APK + MOD (Unlimited Money)
We use cookies on our website to give you the most relevant experience by remembering your preferences and repeat visits. By clicking “Accept”, you consent to the use of ALL the cookies.
Do not sell my personal information.
Cookie SettingsAccept
Manage consent