Get into the holiday spirit with Christmas in Zombieland! Turn on the holiday decorations with these HO HO SURVIVORS: Krampus - Holiday tank who will go all Ruten on zombies' asses. A literal monster with heavy melee and shotguns too. Santa Tallahassee - Clubs and assault weapons expert. He can freeze zombies and speed up teammates.
Explore this article
Introduce about Zombieland AFK SurvivalGameplay is pleasant, you just touch and touchRewardsMeet 4 main characters from the Zombieland seriesThe journey has no endThe most unique, funny and diverse zombies I’ve ever knownModern graphics, mix between pop-art and hip-hopMOD APK version of Zombieland AFK SurvivalMOD featuresDownload Zombieland AFK Survival MOD APK for Android

Zombieland AFK Survival MOD APK is a mobile role-playing game inspired by the Zombieland series. In the game you play as one of the few survivors of the global zombie pandemic. You and your companions will fight the zombies to find a way out.

The most colorful zombie game!

Gameplay is pleasant, you just touch and touch

Zombieland AFK Survival was set on the earth after the apocalypse by the zombie epidemic. Your mission is to find survivors, gather them and accompany them on the upcoming zombie killing paths.

Unlike other gaming platforms, mobile phones have many limitations because of the small screen space, cramped buttons, and the sound and graphics are not as powerful as PCs. But in return, the phone has a huge advantage that is the touch operation. So, a favorite game is always exploiting this feature well. And Zombieland: AFK Survival is one of the few such games.

Almost 90% of the manipulations are just touch, touch and touch. Whether it is when you click to select a certain option, or shoot a zombie, you only need one simple touch to complete. This makes me feel quite comfortable when playing. And when climbing to higher levels, facing the big and powerful zombies, I still feel that everything is very light, without any confusion.

Zombieland AFK Survival also has a not too scary opening scene. The game announced that this is post-apocalyptic world by zombie disaster. Then, on the map appeared areas with survivors. You will touch to select and move there. Find out the strengths and weaknesses of each character. After that, you continue to face zombie swarms that increase in quantity and quality.

Your weapon is a pistol. But soon you will feel it so weak and powerless against hundreds of ferocious zombies who want to eat your brain.

But you do not need to be frustrated for long, because each time you kill a zombie you will get a lot of money. You use that money to upgrade weapons and characters. You can also visit the store to buy some more powerful weapons. Don’t forget to buy grenades, effective weapons to destroy a group of zombies.

Do you remember the characters from Zombieland? You have a chance to meet them again in this game. In my opinion, you should not use this group too much when you do not really need it because it will drain your inventory. You should only use their help when you are chased by too many zombies, there is no chance of survival.

The journey has no end

The second reason I like this game is because the game has a lot of content, it doesn’t seem to have an end. The map will take you to many different places in the world, formerly large cities, which have been ravaged and besieged by dirty zombies. You know, there are many cities in our world. So, our adventure never stops, it’s just excitement and fun.

Even the supporting characters and NPCs have no limits. In each new land, you meet new people with new stories. “Always new” is the feeling you will have when playing this game.

The most unique, funny and diverse zombies I’ve ever known

If you play through some hardcore games, you know zombies only have a few main genres, most of them are aggressive and full of blood, making you scared. As for the humorous zombie games like Plants vs Zombies, the zombies are funny, but there are a few styles.

But playing Zombieland AFK Survival, you will see zombies in endless creative shapes. Each zombie has its own shape, from color, physique, identity, size, gait, attack… all shapes and sizes. Can you think of a blonde zombie, or a giant zombie with big biceps and a six-pack belly? Here, this game has all those crazy genres.

And of course, with each type, you will have to consider different attack options. Zombies have some skills such as running fast, spraying acid, exploding… You need to know each type of zombies if you do not want to die.

The most colorful zombie game I’ve ever played, I can say so. From the main character, the supporting character, the zombies to its surroundings, it is too satirical. Colorful image, you like getting lost in America in the 80’s, when Rock and Hip-hop flourishing, and sports such as basketball, racing, boxing.

Of course, mixed in this unique design, the music is just as weird. Many times, you are shooting zombies, but you forget everything around, thinking you are in the world tour. These two points raise the level of Zombieland: AFK Survival to another level, making everything funny, graceful and strangely relaxing.

If you have loved the survival adventure of four characters Columbus, Tallahassee, Wichita, and Little Rock in the Zombieland series, Zombieland: AFK Survival is the game that allows you to truly immerse yourself in the world of that movie. Do you remember Columbus’s 49 rules to help him survive in the zombie world? 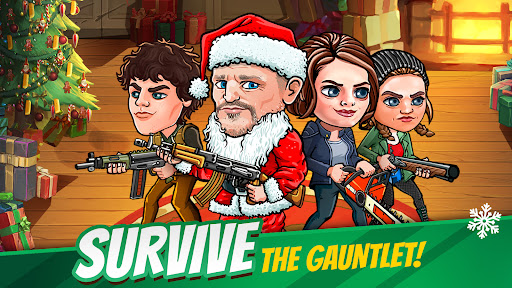 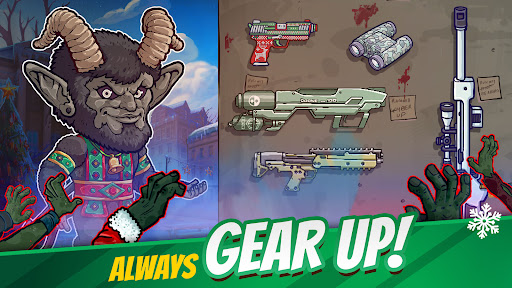 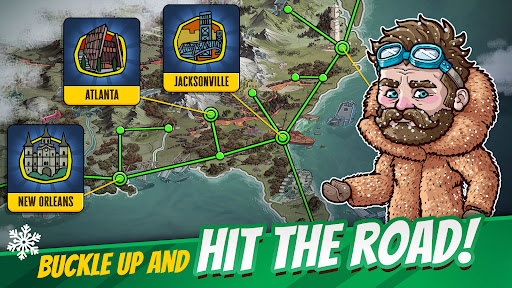 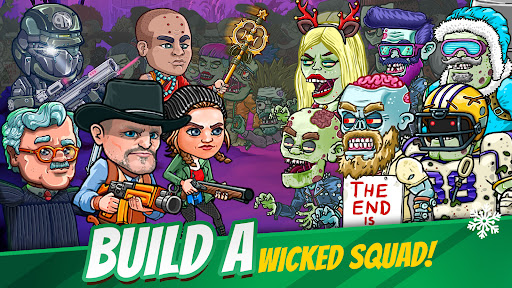 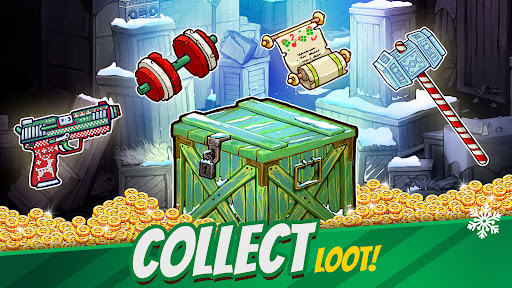 You are now ready to download Zombieland: AFK Survival for free. Here are some notes:

1.36.0· Sports
MOD Menu/Always Perfect, Dumb AI
Home › Games › Role Playing › Zombieland AFK Survival 3.7.2 APK + MOD (Unlimited Money)
We use cookies on our website to give you the most relevant experience by remembering your preferences and repeat visits. By clicking “Accept”, you consent to the use of ALL the cookies.
Do not sell my personal information.
Cookie SettingsAccept
Manage consent